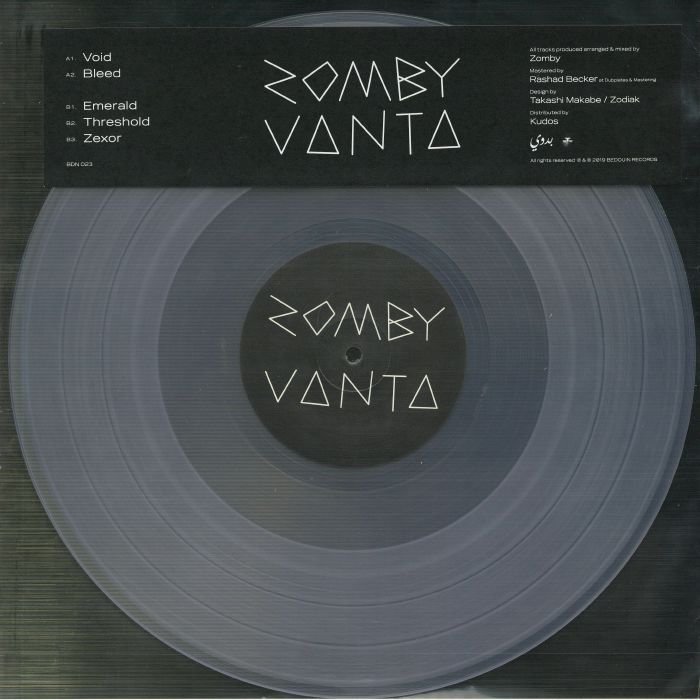 More about this release

Bedouin released Vanta on 23 May 2019. The 5 track vinyl features Zomby.