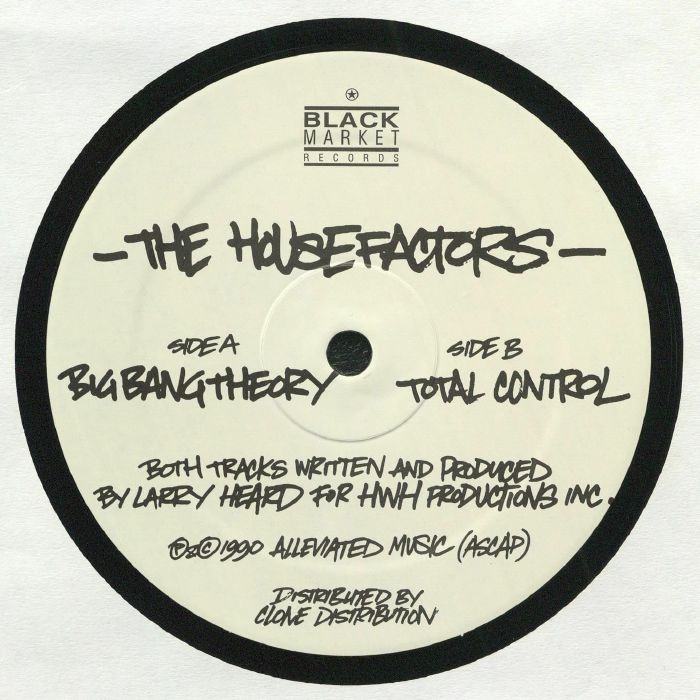 Alleviated Records presents the first-time officiel reissue one of Larry Heard's (Mr. Fingers) most coveted aliases: The Housefactors. Big Bang Theory, originally released on Black Market in 1990, sounds like nothing else from Larry Heard. It sees the Chicago native branch out into the bleepy sounds that were starting to arise across the Atlantic, yet simultaneously manages to keep that distinct Fingers soul. A dancefloor sure shot to this day!