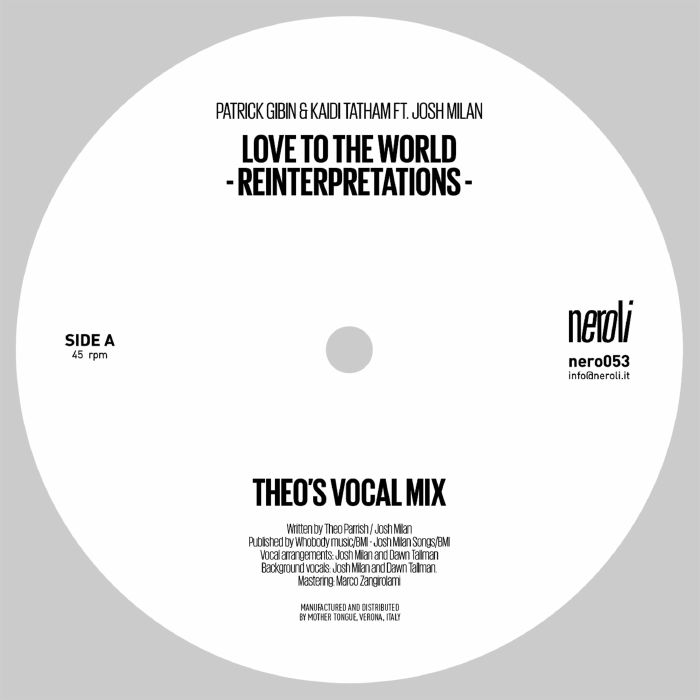 More about Love To The World (Theo Parrish Reinterpretations)

Josh Milan's 2020 collaboration with Patrick Gibin and Kaidi Tatham has been a real highlight for Neroli! 'Love To The World' represented a joyful and musical reaction from the gloomy climate of the year, a message of hope and joy.

This message resonated also on Theo Parrish who decided to make his own reinterpretation of the song. An old friend of Neroli/Archive [think of his now legendary 'How I Feel' 12 and 'Stop Bajon' T.P. Translation], the Sound Signature boss used Josh Milan's vocals to create two versions in his own unique musical aesthetic!